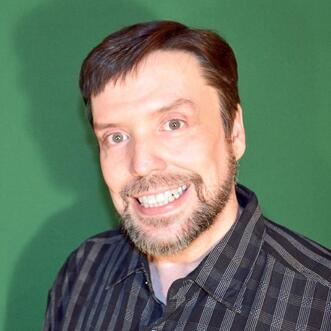 Sy began studying the piano at the age of five and quickly developed a strong foundation in classical music appreciation and technique. However, jazz and rock music became Sy’s music of choice and he quickly began performing regularly and professionally in these genres by the age of 15 at local venues. His musical influences have included Oscar Peterson, Art Tatum, Dr. John, The Beatles, and Stevie Wonder.

To further his development in these styles, Sy studied jazz privately under his instructor Mark Kieswetter, and also continued his classical studies. In 1979 Sy took on students of his own. His love of teaching has not stopped since that time, and he has taught some of the other well
known musicians of this area.

Outside of teaching music, Sy has played keyboards, and guitar in many different bands. These groups have included: “The Touched”, “Cafe’ Au Lait”, “The Jeff Williams Group”, and “BluePrint”. Currently he can be found as the keyboardist for “The Chris Shutters Band”, and the house pianist for Angelo’s Northwood Villa for the last 8 years. During the last 40 years Sy has opened up for Eric Burdon, The Smithereens, Alex Bugnon, Spyro Gyra, Norman Brown, and others. During one of these events he was able to meet Christopher Reeves (Superman) during a boat ride back from a gig at Mackinac Island.

*Interesting note* Other than music Sy has worked with Marvel Comics on several publications, and interviewed by Forbes Magazine about his Spider-Man collection in 2002.  http://www.forbes.com/2002/05/01/0501hot.html

Some of Sy's Students on stage: