Born into a family of musicians, Virgil Lupu began his musical training at age five and started playing the violin at age seven. Mr. Lupu constantly appears in numerous recitals and concerts throughout the United States, and he frequently tours Germany, France, Italy, Austria, Romania, Cyprus, China and Japan either as a violin soloist, or with various ensembles or orchestras. In the spring of 2011 he performed with the Toledo Symphony on the orchestra’s debut in Carnegie Hall in New York City.

After Graduating from the Romanian Music High School “Sigismund Toduta” in 2001, Mr. Lupu came to the United States on a full scholarship to study violin with Prof. Vasile Beluska at Bowling Green State University, and in 2004 graduated with honors with a bachelor degree in Violin Performance. In 2005 he pursued his education with a Masters degree in Violin Performance at the Cincinnati College Conservatory of Music, studying with Prof. Kurt Sassmannshaus. He was again on a full talent based scholarship and the recipient of the Starling Performance Award. He drew further inspiration from master classes with Midori, Stefan Milenkovich, Lucie Robert, Almita Vamos, Victor Danchenko, Stephen Rose, David Halen, and many others.

Mr. Lupu is an active orchestra player and chamber musician. He is the Concertmaster of the Hollywood Film Orchestra, New Sigmund Romberg Orchestra, Terra Chamber Arts Orchestra, and he frequently performs with the Toledo Symphony, Lima Symphony, Adrian Symphony, Ann Arbor Symphony, and others. Summer festival appearances have taken Mr. Lupu to the National Orchestral Institute, Eastern Music Festival, Texas Music Festival, Chautauqua Music Festival, Lucca Festival in Italy, and more. He is Artist in Residence at Terra State College in Fremont OH, and the First Violinist and manager of Millenius Strings - a Toledo based group that frequently performs at various venues around the area: www.milleniusstrings.com 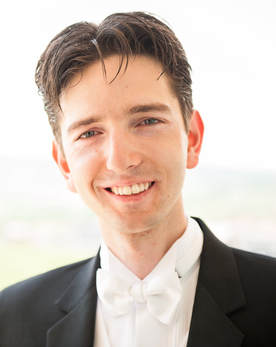 Bogdan Berindean began his violin studies at the age of seven in his home country, Romania. After completing two years at the Gheorghe Dima Academy of Music in Cluj-Napoca, Romania, he moved to Tiffin, Ohio, where he continued his studies at Heidelberg University, having graduated in 2009 with a Bachelor’s degree in Violin Performance. He has participated in master-classes with prestigious violinists such as Alexandru Gavrilovici, Vasile Beluska, Dr. Penny Kruse, and Barbara Annette Vogel. During his studies at Heidelberg University, he won several awards including Arthur E. and Helen M. Bean Best Instrumentalist, and Ferris and Dorothy Ohl Prize for Outstanding Achievement in Music. He has been featured as soloist with the Heidelberg University Orchestra playing Mozart Violin Concerto no. 1, Vivaldi Concerto for Three Violins, Mozart Sinfonia Concertante for Violin and Viola, and Vivaldi Concerto for Four Violins, and also Perrysburg Symphony Orchestra playing Vivaldi Concerto for Three Violins. Mr. Berindean graduated with a Master’s degree in Violin Performance from Bowling Green State University in 2012, and is currently an active violinist being part of such orchestras as the Lima Symphony Orchestra, serving as concertmaster for the Perrysburg Symphony Orchestra, and extensively touring the United States and abroad in China and Japan with the Hollywood Concert Orchestra. Mr. Berindean currently holds the Adjunct Violin Professor position at Owens Community College, and is a registered Suzuki Method teacher. He is very dedicated to his students, and has been maintaining an active violin studio since 2009.

Some of Bogdan Berindean's students on stage: