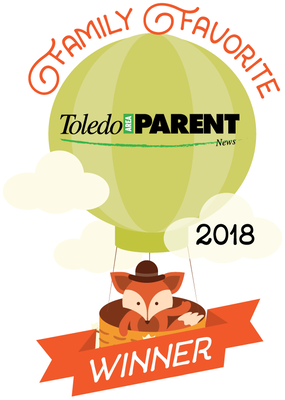 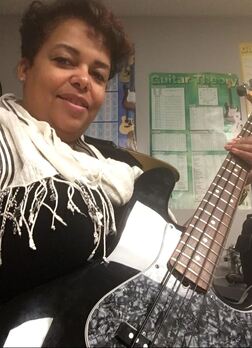 Of the 600-some students who walk through the doors of Toledo’s Forte Music School, just a handful are adults — fewer than 15 percent, according to director Virgil Lupu.

The music school director is among those who thinks it’s never too late to pick up a new hobby, a belief underscored by local adults who have learned — or sometimes relearned — how to tap their toes or strum a guitar.

At the music school
What prompted Shanda Gore, of Sylvania, to sign up for guitar lessons in her 40s?
On some level, it was the death of Prince.

“Something said to me, ‘This is a very talented man that played a number of instruments,’ ’’ Gore, a longtime fan of the entertainer, recalled thinking. “And I already played a couple and had given them up years ago. There was one I wished I had always picked up, and that was guitar. I said, ‘I’m going to look into lessons, and I’m going to try this.'  ”
​
Gore is and was already a big believer in hobbies, so perhaps it wasn’t out of character for her to sign up for one-on-one lessons. She’s done taekwondo and horseback riding, too.

In some ways, the lessons she started three years ago continued an interest in music. She’d played the clarinet through middle and high school, eventually switching to the bass drum and then marching as the one-time drum major for Maumee High School.

An academic who appreciates an opportunity to exercise a more creative part of her brain, Gore started on an acoustic guitar, then switched to electric, then bass. In addition to her weekly lessons with Peter Kharchenko at the Forte Music School, she’s also joined a band that’s played a couple of times at Carlos Poco Loco since December. They’ll play there again at 6 p.m. Dec. 12.

They call themselves the Get Up band, although you’re not likely to hear much about them. Aside from a few music instructors in the group, her bandmates, like herself, are working professionals who picked up instruments as a hobby.
​
She’s an advocate for that sort of thing. Her advice?
“Be fearless. Don’t get wrapped up in what other people think,” she said. “You’re never too old to try new things.”

Forté was voted BEST place in Toledo to take Music Lessons in 2018!

Forté was voted BEST place in Toledo to take Music Lessons in 2017! 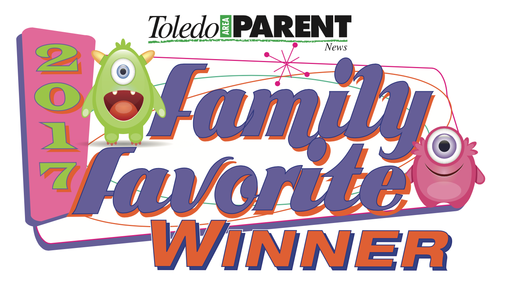 Kelly Broadway (and her last name provides a hint) is a vocalist, comedienne, musician, entertainer, instructor, and actress. When you hear her sing, you will agree she is absolutely awesome.
She is a seasoned performer with musical vocal styles ranging from her first love, jazz, to musical theatre, pop/rock and classical. She can sing a jazz scat line and in the next moment belt out a rock tune.
Her career has encompassed 18 years traveling and performing for Royal Caribbean,Celebrity and Cunard Cruise Lines as a main stage headliner along with being the front woman of a jazz quartet. Most recently, Kelly was a featured vocalist onboard the Queen Mary 2.
Her one woman show, dubbed “Modern Day Diva,” features music from the Great American Songbook and popular hits from famous divas such as Bette Midler, Rosemary Clooney, Cher, Ella Fitzgerald and Adele.
I have always wanted to… perform stand-up comedy.
What trait do you admire in others? People who can follow through.
What is your pet peeve? When someone I know ends the conversation with “take care.” I know it’s a common phrase but I feel it denotes an impersonal distancing. I never use it.
What is something most people don’t know about you? I have the ability to see the attributes of people that indicate their strengths.
Words you live by: ‘ Life begins at the end of your comfort zone.’
What is your advice for your younger you? Don’t second guess myself. My younger self many times acted on other’s advice.
Who is someone you’d like to meet? My younger self, and I’d set her straight.
What inspires you? Seeing happy faces while I’m entertaining.
Bonus FactsFavorite food: My homemade hummous. Come on over!
Favorite movie: Splendor in the Grass.
Person you most admire: My husband Scott.

Transylvania native Virgil Lupu never thought that his career in music would bring him to own his own business. He began teaching at Forté Music School in 2008 when it was owned by Jim Stanton.

According to Lupu, in 2014, Jim, who still teaches at Forte, “approached me about whether I would like to take it over. I never thought I would end up running a school, but you never know.” At the time there were 150 students enrolled; now there are over 500, a huge milestone for the school.

Bowling Green ties: Lupu’s primary inspiration to pursue music was his mother. A piano teacher at the intensive music school from which Lupu graduated, Sigismund Toduta Music High School in Cluj-Napoca in Transylvania, Romania. Lupu comes from a family of musicians; his father was a violinist, his uncle was in the city opera, and nearly everyone in his family is a singer. His high school studies focused on music, where besides playing the violin, he studied theory, music history, harmony, all while practicing for hours each day.

Although as a high school student in Transylvania, Lupu had never heard of Bowling Green State University, a former colleague of his mother’s (Vasile Beluska) taught violin at the University, so he auditioned and received a full talent-based scholarship.
“There are a lot of cultural differences between Europe and America,” he said. “Overall, I had a great opportunity. I met a lot of great people, and it opened the door to many good things.”
Bowling Green was a small town for Lupu, who grew up in the heart of the second largest city in Romania. He also still had room for improvement with his English.
“Sometimes I would sit with people and it (their speech) would begin to sound like noise,” he recalled. “It was very tiring to focus enough to take it all in. When you start dreaming in English, then you know that you are over the hump,” he said, smiling.
​
​
Find your forté: After graduating from BGSU Lupu taught at the Toledo School for the Arts for a year, enrolled and received his masters from the Cincinnati College Conservatory of Music, before moving back to Toledo to teach at Forté in 2008.
“The previous owners were very kind; they have good hearts,” he said. “We immediately built a very strong relationship and that’s how the previous owner ended up approaching me about continuing the school.”
When he first became an owner, Lupu still taught many students, but he had to cut back on teaching to keep up with managing the school. He was working the office by himself.
“It was a nightmare,” he said. “I was here all day, then I’d go home to take care of other things…I barely slept.” He now has an office staff and more than 35 teachers who help to keep everything running smoothly. “I couldn’t have done it without them,” Lupu explains.

The staff enables him to “grow the school, not just run it. I have a mountain of goals and ideas,” he said.Those include accommodating the 100 or so students who come to the school every day along with attracting more adults to enroll.
“I realized that I also found my forte here,” he said. “We have so many talented kids. I’m honored to be the one who runs it. It’s a gem. I feel very lucky and excited that we’re in Toledo because, despite what some people say about this city, it really is thriving. I see growth everywhere I look.” 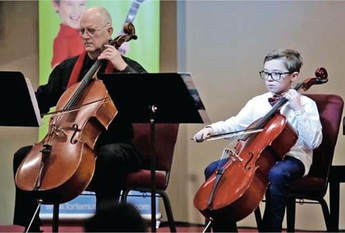 Virgil Lupu, a 35-year-old entrepreneur, makes this “old dog” want to learn a few new tricks. Ever since visiting Forte Music, located at 3208 W. Sylvania Ave., I have had the urge to dust off my piano and find my guitar that has been tucked away in the depths of my attic. Forte Music has been in operation since 2006 but it was under different management. Lupu, a violinist from Romania, took over the school from the previous owner in 2014. “The mountain of paperwork made him tired and he was looking for some fresh blood,” recalled Lupu. “There were 150 students when I took over. We now have 500. It has been a crazy, steep growth that we are all very proud of.”
​
Lupu balances his time between Forte Music and performing with the Toledo Symphony. Originally from Romania, he has been in the U.S. for 10 years. He received an undergraduate degree from the Bowling Green State University and his master’s degree from the Cincinnati Conservatory. “I was on full scholarship and graduated without any student loans, which is very fortunate when owning a business,” he stated. Forte Music offers music lessons for all ages … even middle-aged piano lesson dropouts like myself.

“We instruct children to adults on all instruments,” stated Lupu. “I would say 70 percent of our students are school kids and 30 percent are adults and homeschooled. We are open during the day and there are plenty of open times before 3 p.m. If anyone wants to get the dust off an instrument and take something off your bucket list, we are here to help.”
​
The school started with roughly 10 teachers and currently has over 35 instructors. “I used to run the front desk all by myself and drive myself crazy,” recalled Lupu. “Now we have three desk helpers, which is such a relief. We offer lessons in voice, piano, guitar, winds, brass, and strings. As we say, if you name it, we teach it. We even give ukulele lessons, which seems to be gaining popularity. Our motto is ‘Find your forte.’ People find their forte with lessons and I found my forte by figuring out how to make us more organized and run efficiently.”

One of the most rewarding things for Lupu is seeing the impact the school has had on the community. “I also enjoy discovering the talent in this area and witnessing the success stories of our kids,” he stated. “Our kids perform at all kinds of events including the Indian festival, Islamic festival, churches, Christmas at the Manor House and at Walleye games. I enjoy seeing how they respond to the music lessons. Obviously, we are doing something right. Knowing that people are appreciating music and seeing the value it has to a person’s education gives me hope. The music will never die.”

The school has a relatively large number of students in a small community. “We hope to expand the parking lot to accommodate more,” said Lupu. Adding additional instructors is a far greater process for Lupu. “What makes us stand out is the high quality of teachers,” he stated. “I get a high number of resumes, but I am extremely picky when it comes to selecting our instructors.”

The man at the helm of Forte Music believes that music can have an impact on your life no matter how seriously you commit to it, which is wonderful news for yours truly. Lupu said, “We have so many parents pleased with how their kids are doing in school. Music forces you to focus. In this day and age of instant gratification, it teaches you to earn and work toward your goals. The biggest thing that music does is to encourage discipline, which can be transferred to other areas of your life.” I suggested to Lupu that perhaps taking up the piano again or strumming my old guitar would mean I would finally have a balanced checkbook to which he replied, “I’m a musician, not a miracle worker.”

Awesome coverage by BCAN of our 2017 Winter Student Showcase

We were LIVE on WGTE Toledo Radio Show broadcasted on September 5 2014,
featuring some of our most talented students and faculty.
​ 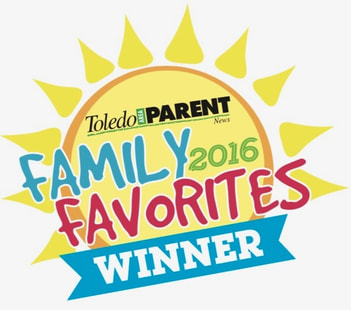 Click on the icons below which will take you straight to some of our reviews: 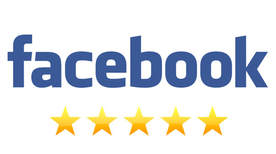