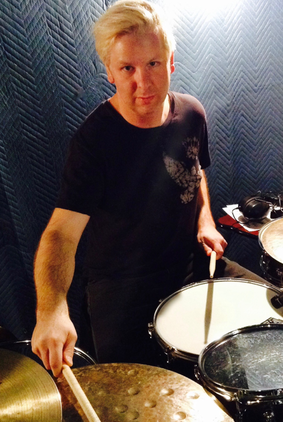 Scott has quite a diverse background in the musical arts. He received his Bachelors of Music from Bowling Green State University in 2002. During his time at BG he performed in Balinese Gamelon Ensembles, African Drum Ensembles, Percussion Ensembles, Jazz combos, and Big Bands. Scott has also performed in pit orchestras in nearly 30 different musical theater productions at The Crosswell Opera House, The Stranahan Theatre, The Toledo Rep Theatre, and more. With 56 Daze (Knot magazine winner of “Best of Weddings Hall of Fame Award”) he performs all year round including in the past numerous times at Detroit Lions games, The House Of Blues, and most recently at The Rock & Roll Hall of Fame.

In addition to maintaining a very active “working band” schedule, Scott continues in the creative arts with many other projects. With the rock band Secret Stones he has opened for Skeletonwitch and Carolina Liar among others. His new project 100 Million Bright has just released an EP and features an interesting outside of the box setup with a vibraphone and two separate multi-percussion setups.

Some of Scott's students on stage: