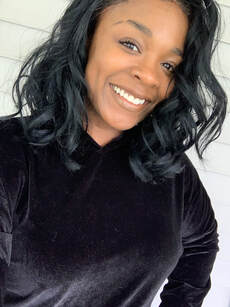 “Music has been my greatest love since I could remember” says Joslynn, originally from Colorado. She began taking piano and voice lessons as a child; however, it wasn’t until she got involved in musical theater that she really considered making a career from it. Joslynn studied songwriting, music business, and vocal performance at the Berklee College of Music in Boston, MA. While there, she sang behind and for various prominent musicians including Quincy Jones and Tye Tribbett.She has a background in classical, music theater, gospel, RnB, soul, and pop.  She is a seasoned performer, having gigged in around the New England area, Detroit, Chicago, and Toledo including weddings and club performances.

Joslynn is a full-time mom to her wonderful 6-month-old son. Most recently she has decided to focus more on her songwriting and recording skills. She is very excited to join the Forte Family!

​
Some of Joslynn's students on stage: