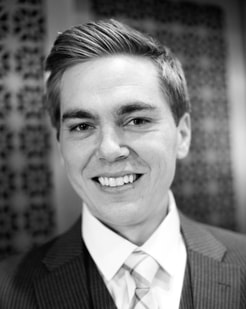 Jordan, percussionist, timpanist, and educator is the Acting Principal Percussionist of the Toledo Symphony, former Principal Percussionist of the Youngstown Symphony, Principal Timpanist of the Lakeside Symphony, and Adjunct Professor of Percussion at Sheridan College. Since he moved to Ohio he has regularly been invited to play in the percussion sections of such orchestras as the Cleveland Orchestra, Detroit Symphony, Minnesota Orchestra. Buffalo Philharmonic, Milwaukee Symphony, New World Symphony, Dayton Philharmonic, Erie Philharmonic and the West Virginia Symphony where his performance was lauded as “… Brilliant!” by the Charleston Gazette.
As a soloist, Jordan has been featured with the Evanston (IL) Symphony playing the critically acclaimed Jennifer Higdon Percussion Concerto and with the St. Cloud (MN) Symphony playing Ney Rosauro’s popular Marimba Concerto. He received his Bachelor of Music degree from St. Cloud State University in Minnesota and a Master of Music degree from Cleveland State University. During his education he was a student of Tom Freer, Kevin Watkins, and Terry Vermillion. He has also done extensive study with Leigh Howard Stevens and Tim Adams. Jordan has toured with the Cleveland Orchestra and the Detroit Symphony. He can be heard on the Naxos music label playing with the Detroit Symphony and the Buffalo Philharmonic.
Some of Jordan's students on stage: