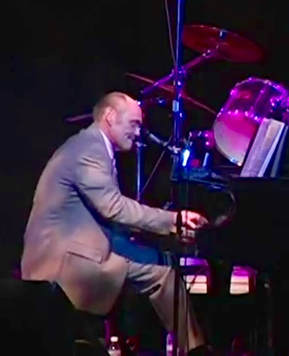 Students can easily relate to Jim’s teaching methods and together they quickly form a strong teacher-student bond. It's fun to be Jim’s student, because he understands that music is a beautiful form of expression and is not just theory and technique. Jim always says:  “IT’S NOT MUSIC …. UNTIL YOU MAKE IT MUSIC”. In other words… just because you play or sing the right notes and use proper timing and technique…. It does not mean anyone will want to listen. You must go beyond the music and ADD HEART!

Jim enjoys working with students of all ages and especially loves to work with those people that really want to sing or play, but struggle a little. You will be encouraged and feel supported as you steadily progress… and those people that said, “YOU’LL NEVER DO IT”… well… they’ll eat their words.

For those children that lean toward not liking music lessons, but the parents are pushing a little, Jim will make it fun and do his best to win the child over to the “LOVING MUSIC” side.

Mr. Jim has had extensive teaching experience spanning well over 40 years. Starting at Howard's Organs and Pianos in Toledo, he designed a group lesson program for all ages, for both piano and organ. Also, he composed a series of 6 week courses: “STANTON SYSTEM SEMINARS” and a one year organ course entitled “JIM STANTON'S KEYBOARD CLIQUE”  which was professionally printed and recorded on 12 cassette tapes.

The majority of Jim's music education came from one on one lessons, but he has continued to learn and develop his abilities through the years. He believes you can learn something from everyone, his interesting and heartwarming musical style is a combination of classical, pop, blues, jazz, gospel and a LOT OF HEART.

Jim has performed, arranged music, and accompanied all the performers in six major concerts called,
”ESPERE – A CONCERT OF HOPE”,  to benefit the people of Haiti. The beautiful Valentine Theatre was the venue for two Espere concerts, the Franciscan Center for three and most recently, the Owens Performing Art Center. Jim’s solo concert work (piano, organ, vocal) also includes; 6 concerts at the Westgate Dinner Theatre (Toledo Organ club) and numerous Church and Mall concerts.

As a Minister of Music for over 30 years, Mr. Jim has worked with vocal soloists, quartets, duets, trios, ensembles, worship teams, choirs, and instrumentalists. Also, he has been arranging, casting, planning and writing music for 35+ plays and musicals.
Some of Jim's students on stage: