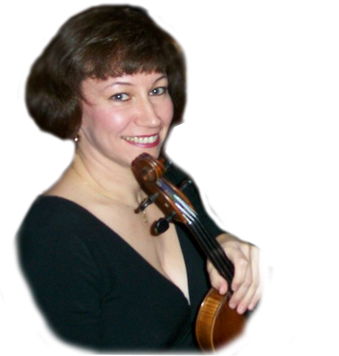 Yana started playing violin at the age of 7 in her home country of Ukraine. She entered The Cherkasy State College of Music when she was 15 years old and graduated from it with an Honors Diploma. She continued studying violin at The Novosibirsk State Conservatory in Russia and then at The Kyiv State Conservatory named by Tchaikovsky in Ukraine, where she obtained her Master’s Degree both in Violin Performance and Music Education. Among her professors were such well-known musicians as Zakhar Bron, Aleksey Gorohov, Bogodar Kotorovich, and Lazar Bendersky. Her teaching experience started in College, where the teaching of school-aged kids was part of the curriculum.

Shortly after immigrating to the United States in 1999, she became a Concertmaster of the JCC Community Orchestra in Toledo, OH. In 2000 she joined the teaching staff of the Notre Dame School of Music, where she served as a violin teacher for 5 years. After the school’s closure in 2005, Yana decided to continue teaching privately.

While always enjoying teaching music, Yana remains an active playing musician. She has ongoing contracts as a violinist in several area orchestras, such as The Lima Symphony, Adrian Symphony, Livonia Symphony, and Ann Arbor Symphony Orchestras. Yana is excited to teach at Forté, and share true musicality and positivity with her new students of all ages and levels.