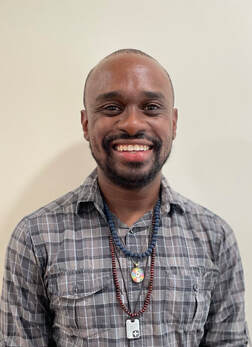 Darius hails from Rochester, NY. He attended Malone University in Canton, OH to pursue a degree in Choral/Vocal Music Education (grad. 2016). During his time at Malone, he has participated in Malone’s Opera Theatre under the direction of Dr. Cynthia Wolschlager.

In MOT, he has held roles such as: Nemorino in Elixir of Love, Alfredo in La Traviata, Rodolfo in La Bohéme, Gabriel von Einstein in Die Fledermaus, King Kaspar in Amahl and the Night Visitors, and Don Curzio in The Marriage of Figaro – Malone’s first ever performance of a full opera! Darius was part of the University Chorale and Chamber Choir where he served as student conductor (2013-2015) and tenor section leader (2011-2015) under the direction of Dr. David Donelson and Dr. Jon Peterson. Darius also served as the One Voice Gospel Choir director (2013-2015). Aside from his work and studies at Malone, Darius served as Music Director for 2 community productions: Carrie the Musical and Heathers the Musical. Darius currently lives in Findlay, OH and is entering his 3rd year as the 7-12 Choir Director at Fostoria Junior/Senior High School.